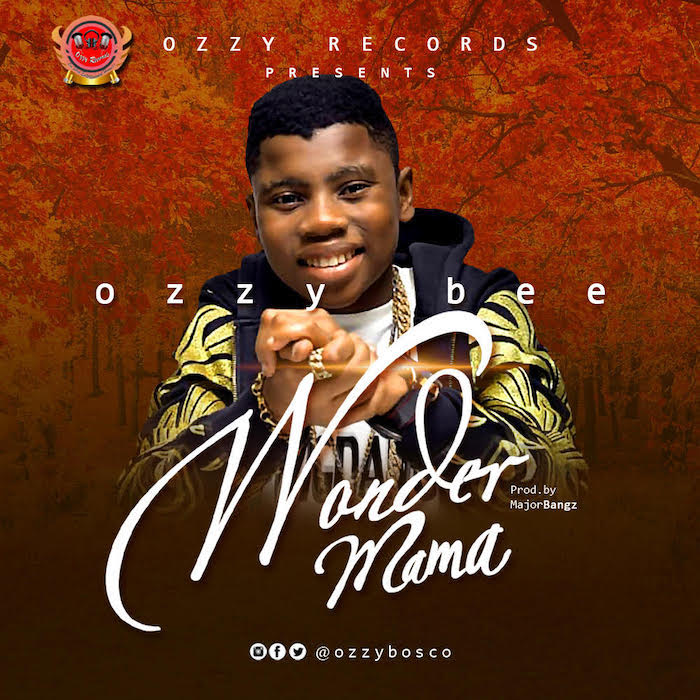 #Ozzy Bee “The Wonder Kid” as fondly called thus release this beautiful tune titled Wonder Mama.
This is a sequel to the release of Wig Dance which featured one of the biggest zanku sensation of the era #Zlatan Ibile.
The multiple award winner dishes out this awesome single which is already pulling momentum and he dedicates this to all hardworking mothers out there.
According to Ozzy Bee

“Mothers all over the world who work hard to see their kids become great individuals in life deserves to be celebrated.
For this reason i celebrate my beloved, caring and loving mum and all hard working women with this special song WONDER MAMA”

“Wonder Mama” another Single on the Journey Of Life Album which was officially released and launched a few months ago and currently selling on all digital platforms.
Listen below:-