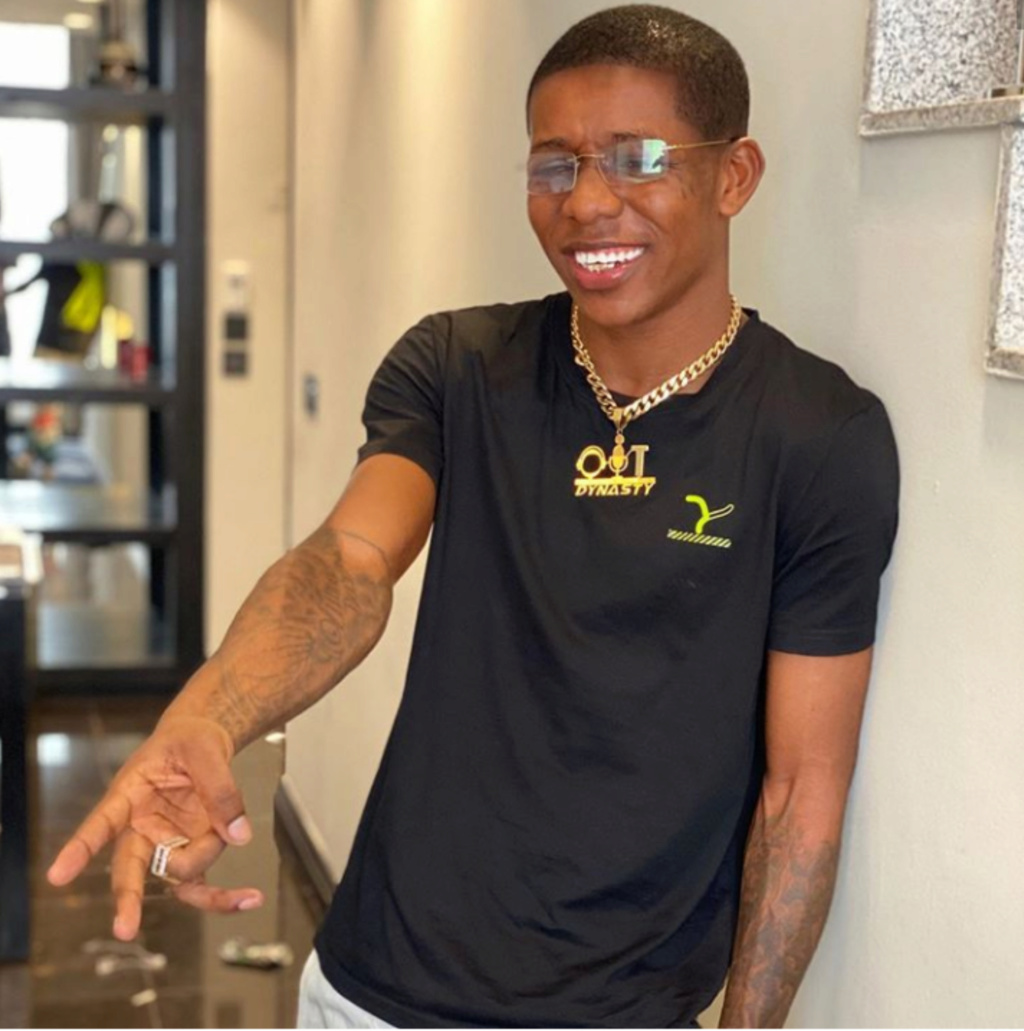 #Small Doctor took to #Twitter to share an inspirational story of how he got turned down in an audition for not being posh.
Small Doctor sharing the story on Twitter said he went to an audition in Lagos years before he became
popular with his friend, DJ Real.
According to him, the judges said they were looking for someone who was posh or classic and not someone with a street nature.
Adding that they signed another person who was they felt was posh and snubbed him only for him
(Small Doctor) to become popular.
He then told fans to believe in themselves no matter what people say about them. 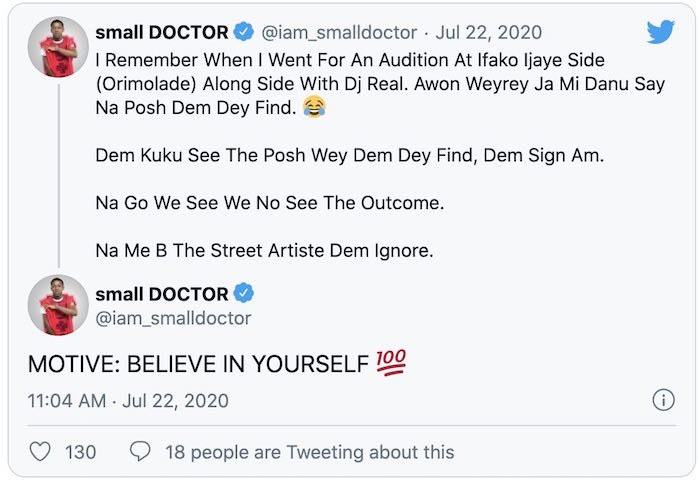