Yesterday at 9:14 pm by Adminkunlex

Yesterday at 9:08 pm by Adminkunlex

Yesterday at 9:06 pm by Adminkunlex

Yesterday at 8:35 pm by Adminkunlex

» How to become a WWE referee?

Yesterday at 8:32 pm by Adminkunlex

» What is a sitemap? Why do we have to create one for our website?

Yesterday at 6:21 am by Adminkunlex

» How to divert someone else's calls to your phone number?

Yesterday at 6:08 am by Adminkunlex

» How to disable call forwarding on Android devices?

Yesterday at 6:06 am by Adminkunlex

» Benefits And Effects Of Drinking Garri

» Difference between div and span tags

» Difference between "div id" and "div class" in HTML 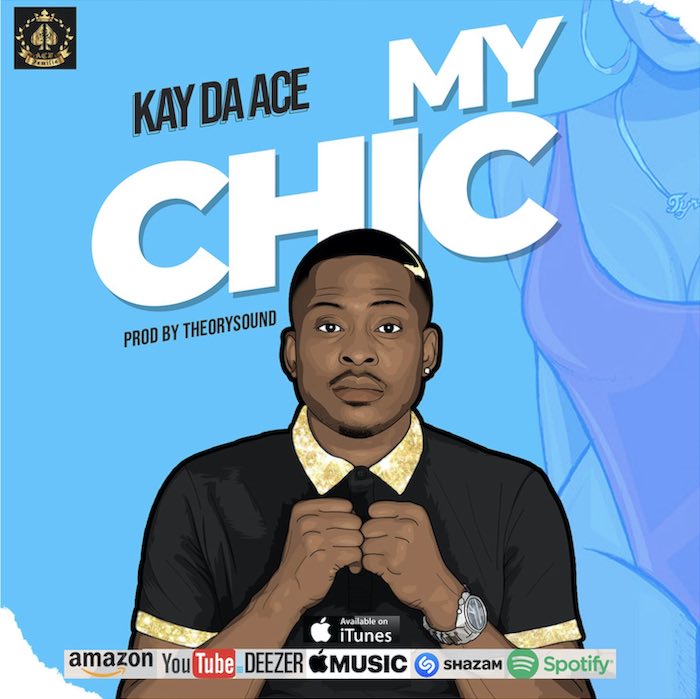 #Kay Da Ace is back with a song titled “My Chic”
My Chic is a Dancehall/Afrobeat song by the Nigerian UK based Artist Kay Da Ace.
The song is mid-tempo contemporary Dancehall vibe and talks about a guy fascinated by a gorgeous, seductive and teasing lady with a picture-perfect body, style and rhythm.
Listen below:-

Ihekweme Caleb Chukwuebuka popularly known as #Kay B was born on December 13th, 1995 at Abia state
Teaching hospital, Aba.
He is an indigene of Obowo L.G.A of Imo state. He
spent most of his life at Ogbo hill Local Government
Area, Abia state where he later relocated with his
family to his home town Obowo in the year 2012.
He schooled at Giant Step nursery and primary school
and Adventist Secondary Technical College (ASTEC)
Owerrinta Imo state.
He graduated from Alvan Ikoku Federal College of
Education, where he studied Fine and Applied Art in
the year 2018.
Kay B is a Nigerian talented and Professional Artist.
He started singing at the age of 20 in his second year
at the college of Education, he has so much passion
for music which made him focused on the happiness
which he derived from it, these made him explore
more in his school days, not only did he had fun with
his talent, he participated in different school concert
(e.g Alvan Got Talent) and other competitions.
In 2018 he won Alvan Best student Rapper Award. He
was also a leader in Fine & Applied Art as Director of
Socials, where he helped and paved way for students
to express and show case their talents in
Entertainment.
Kay B is set to invade the music industry with unique
approach and healthy competitions.
His debut single tittle: KWETE which was officially released under EMPRAZE Records on June 25th, 2019 is gaining massive airplay from clubs and radio stations.
Listen & Download “Kay B – Kwete” below:-
http://naijaloaded.store/wp-content/uploads/2019/07/Kay-B-Kwete.mp3