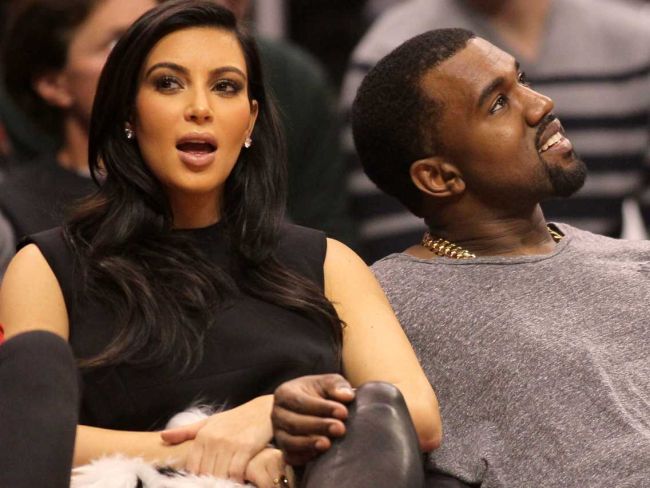 Rapper Kanye West tweeted a public apology to his wife Kim Kardashian West over his public rants on their marriage on #Twitter some few days back.
In some weird tweets the Presidential aspirant had posted on the social media platform, he revealed that she had locked him up and trying to send doctors
over to check on him.
He also claimed he is trying to divorce Kardashian West since she had a meeting with rapper Meek Mill.

““I been trying to get divorced since Kim met with Meek Mill at the Waldorf for ‘prison reform,’” he wrote in a since-deleted tweet.

“Kim tried to bring a doctor to lock me up with a doctor,” he tweeted Monday before deleting it.”

West’s deleted tweets also included claims that the movie “Get Out” was based on him and a request for his mother-in-law, Kris Jenner, to give him a call.
West also shared a personal story last Sunday about wanting to get an abortion when Kardashian West
was pregnant with their first child, North.
West shared the story during a campaign rally in South Carolina for the U.S. presidential election, which
he has self-proclaimed himself as a candidate.
On Wednesday, July 22, Kardashian West broke her silence over her husband’s tweets.

““(Kanye) is a brilliant but complicated person who on top of the pressures of being an artist and a black man, who experienced the painful loss of his mother, has to deal with the pressure and isolation that is heightened by his bi-polar (sic) disorder,” she wrote at
the time.
“Those who are close with Kanye know his heart and understand his words some times do not align with
his intentions.”
“We as a society talk about giving grace to the issue of mental health as a whole, however we should
also give it to the individuals who are living with it in times when they need it the most,” the 39-year-old reality star concluded.
“I kindly ask that the media and public give us the compassion and empathy that is needed so that we
can get through this. Thank you for those who have expressed concern for Kanye’s well-being and for your understanding.””

Taking to Twitter on Saturday, the rapper apologized to his wife for bringing their private matters to the public.
He wrote:
““I would like to apologize to my wife Kim for going public with something that was a private matter. I did not cover her like she has covered me. To Kim I want to say I know I hurt you. Please forgive me.
Thank you for always being there for me,””